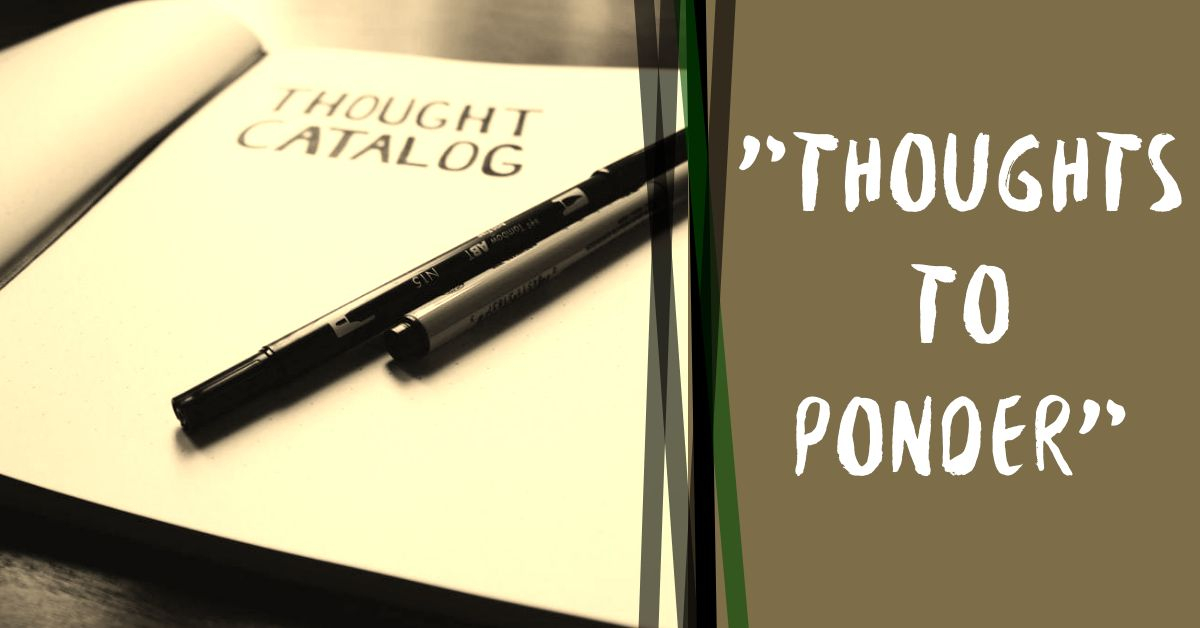 I didn’t set out to be charged for murder on two counts, although on the second count, I would probably have the charge reduced to manslaughter; it hadn’t been pre-planned or deliberate but wrong place at the wrong time. But the first count – it was intentional, and the charge of murder would be the result – no questions asked.

On a recent podcast, Prof Yuval Noah Harari discussed the concept of boredom and how we avoid it at all costs and yet it can be one of the most valuable experiences. To have time to wander around topics of interest without looking for a particular answer or end game – can lead to creating space in our minds to discover the new.

Now, as you read, my task is not to bore you but to entertain, enlarge, and titillate your mind. I’m not going to come up with any answers or solutions. More than likely, I’m going to give you something to muse about and come up with your own answers and at least more questions.

“If they can get you to ask the wrong questions, then they don’t have to worry about the answers.”

So, what about that “murder” I hear you say – It happened at home. I had chased her angrily around my kitchen and used whatever weapon I could lay my hands on to finally satisfy my rage. I waited deliberately until she appeared from behind the chopping block, knocked her on the floor, with the heal of a handheld Dunlop runner smashed the life out of her. My cockroach was no more. She had struggled, but with a second belt, it had really done the job. I felt somewhat pleased with myself.

The other case against me happened earlier that day. I had been outside practising yoga and stepped back onto the path of an ant trail and had taken out, with my heal, at least three, perhaps four. I didn’t pay that much attention; I just went back to my Surya Namaskar.

How often are these actions repeated every day by almost all of us? It can be an ant, a mouse, a weed, all sorts of unwanted life in all the wrong places – we take it out without a second glance or thought. Yet if any one of them were found on a moon of Jupiter or some unknown asteroid, it would be the most important discovery of all human existence. Hard physical evidence that life exists apart from this planet we call home. It would be front-page news for days; Large quantities of media airtime and scientific journals would be dedicated to it. Hollywood would do the movie – Yet here – on earth- we “put it out of its misery” as a commonplace occurrence.

NASA will spend around 10 Billion USD this year, with Indian around 2 billion USD and Chinese, no doubt somewhere in-between. It is a whole lot of money. Yet, we pollute, burn, overpopulate many things that stretch life on earth to its limits.

Now I am not against spending that money on space – perhaps we should spend more. It is more a question of values, and maybe we should value and care for the life we have here and see it has the fragile thing it is. Perhaps we should not have to try too hard to convince each other to look after it. Most of the time, it is not a question of spending more money but making better choices, with our time and where to invest our money.

If History Was Today

It can often be hard to understand History and its effect on the people of the day.  I am often heard lamenting something about my parent’s decision-making capabilities with the cry – “they were born during the depression and lived through the Second World War”. Really what I want to happen is for them to change to be different to think in another way, so some of their outcomes maybe, in my option, better. We are all affected by the epoch we are born in; it colours everything about us… it is the very foundations from which we grow.

So, I have been playing around with this for some time and looked at what it would be like if the past events had happened in our lifetimes and not in the pages of books or documentaries.

For interest, I thought – what would it be like if the events between the two World Wars had happened in the last 20 odd years. Let’s look at a timeline of some of them.

Nov 11, 1998 – The Armistice ending the Great War is signed – leaving a mess that would take years to clean up, and some would say still unfinished.

June 1999 – Germany and the Allied Powers signed the Treaty of Versailles – which decides effectively how to punish Germany and pay large reparations payments for the war damages. In today’s numbers, that figure would be USD 405 Billion

Jan 2000 – Formation of the League of Nations – a precursor to the United Nations – the United States never joins.

Nov- 2001 – Foundation of the Italian National Fascist Party by Benito Mussolini during the Third Fascist Congress in Rome.

Oct – 2002 – The end of the Russian Civil War, which continued after the First War by the Allied Nations hoping that Communist Threat could be defeated. They lost.

Jan 2003 – The Nationalist Party and the Chinese Communist party combine to end warlords in China.

Nov 2003 – The Beer Hall Putsch takes place, in which Adolf Hitler unsuccessfully leads the Nazis in an attempt to overthrow the German government. It is crushed by police the next day. Hitler is sent to gaol.

Jan – 2004 – Lenin Dies, leaving Stalin in control and purges his rivals on the way to set up a Dictatorship.

Dec 2006 – Emperor Taishō dies, and his son Hirohito becomes the Emperor of Japan.

2008 – Herbert Hoover is elected US President

Sept 2010 – German election results in the Nazis becoming the second-largest party in the Reichstag.

Sept 2011 – Japanese invade Manchuria and set it up as a puppet state on mainland China – Leading to full-scale war by 2017.

2012 – The Great Famine – The result of Stalin’s policies a man-made demographic catastrophe unprecedented in peacetime. Of the estimated five million people who died in the Soviet Union, almost four million were Ukrainians.

Feb 2013 – Franklin Delano Roosevelt is inaugurated as President of the United States.

Mar 2013 – The First Concentration camp Dachau is set up.

Aug 2014 – the start of the Long March. The Long March began the ascent to power of Mao Zedong, whose leadership during the retreat gained him the support of the party members.

2018 – Germany annexes Austria. The United States and the United Kingdom refuse to accept any more Jewish refugees. The Munich Agreement is signed by Germany, France, the United Kingdom, and Italy. The agreement allows Germany to annex the Czechoslovak Sudetenland area in exchange for peace in an attempt to appease Hitler.

2019 – A uranium atom is split for the first time at Columbia University in the United States. Germany invades Poland and starts the Second World War.

2020 – Germany invades Belgium, France and The Netherlands, the fall of Paris and France. The evacuation at Dunkirk of 330,000 troops. Churchill becomes prime minister of the UK. The battle for Britain and the first convoys of supplies arrives from the neutral US.

April 2021 – Nazis Germany has taken massive amounts of Western European Territories, the USA is still not in the war, and Pearl Harbour is months away.

So, if the past had happened in the last twenty years – a lot happened. And I have just highlighted the so-called big things. I have not mentioned the Jazz age, the creation of talking movies, Bugs Bunny, Mickey Mouse, the Dust Bowl Storms in the US, the horses that became people’s hero’s – Seabiscuit and Phar Lap, and these are just the things that come to mind. There is so much more. If you were born in 1999, regardless of which country, you’d have already signed up for battle or perhaps be already dead.

Change & Why It Can Be Difficult.

If you have been reading this blog for some time, you will have noticed that the concept of change comes up in one way or another in most articles. It fascinates me why it happens and often how much each of us resists it – mainly if it is a painful change.

Some change is easy – like always deciding to have vanilla ice cream instead of chocolate—other’s areas – harder. Giving up smoking, changing jobs, relationships, etc., in many ways, comes down to how long a particular form of being has been established. Early in life, it’s easy to pick up things as we age less so. This timing can cause us frustration.

Some areas of change can be challenging. I have likened it to trying to unlearn your native tongue. I am an English speaker. I try to imagine how and what would it be like to try and unlearn English. To not just learn another language but to totally obliterated the way my brain works in its relationship to English. I do not know whether it would be impossible, but it would come pretty close. And depending on my age, it could take a long time.

So, if there is some part of us we want to change and create a new way of being – we may have to allow time, be patient, and perhaps understand that it may always be present in some way. It may indeed be like someone losing a leg – it will always be missing.

It Didn’t Start With You – Mark Wolynn

According to the Oxford Dictionary: a Parlay is a cumulative series of bets in which winnings accruing from each transaction are used as a stake for a further bet. Today I look at four of life’s winning strategies that, if used together, can multiply your chances of coming out on top in the game of life. 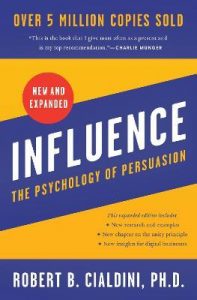 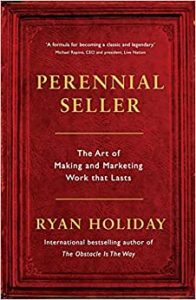